Straight onto the couch after work? Not at INSYS! In summer our colleagues put on their trainers and exercised their muscles with a variety of sports activities organised by the Lappersdorf grammar school. 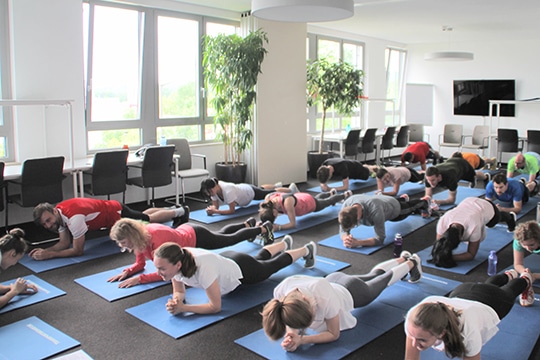 On three evenings, students of the P-Seminar offered a varied programme. The aim of the cooperation “Gymlap gets companies fit – INSYS stays fit” was to keep our colleagues healthy and in shape by doing sports together.

The high school students from nearby Lappersdorf had been preparing for the project for about six months. The effort paid off: three different workshops really got the INSYS team into a sweat. The first was strength and circuit training, in which the muscles ached. The yoga workout the following week was a little gentler, but also demanded fitness on the part of the participants. The crowning finale was the Sports Olympics, in which the colleagues tested their strength against each other. 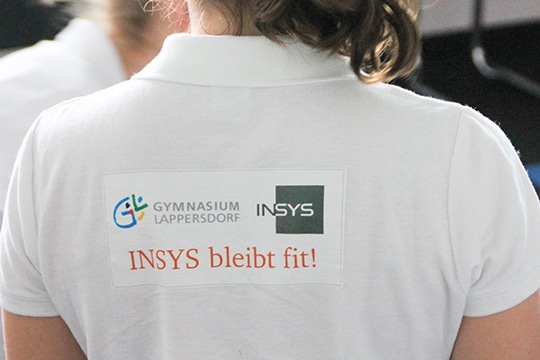 The high school students also showed their love of detail in the supporting programme: after the activities there were homemade, healthy snacks and all participants received a specially designed T-shirt. Last but not least, the students surprised the INSYS team with a film about the three workshops.

A nice side effect of the cooperation is that during the course of the project a company sports group was formed, which since then has met once a week for physical exercise after work. Accordingly the goal was reached: INSYS stays fit!